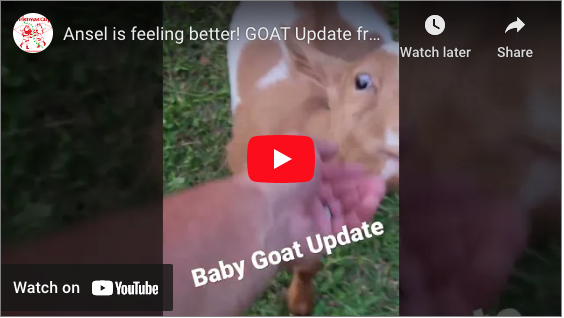 Alright so we’re back here with Ansel. We went into town and got some stuff, he’s feeling a lot better, he’s acting better. We did get some medicated feed just in case, we just gave him some now. He’s definitely acting better though, earlier he was just kind of standing over there by the goat thing, he was just jumping on me a minute ago. We also did get some dewormer, this is the dewormer we got right here. We’ve had them for about a month so we’re gonna give him the first dose of dewormer, we have the chickens we followed them out today to free range so they’re over here. Okay so Ansel’s doing better!