I need your help! 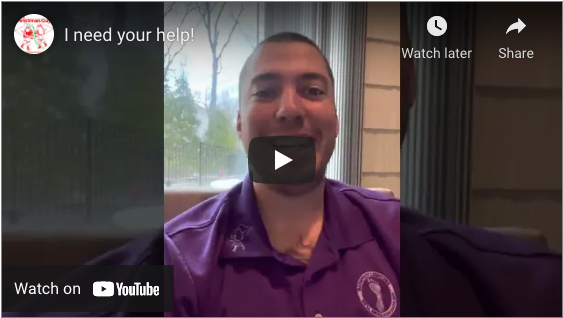 Let us do a demo for you!

Hey guys Captain Matt here just wanted to make a video real quick, I’m posting a link as well, but I am looking for some help. So, if you’re in the Capital Region, Albany area, I’m looking for people that are willing to do a free demo, even if you’re not in the market to get lighting, basically I’m still hopping around on crutches so I’m looking for this; I did a little contest with my guys to see who could do the most amount of demos, and who get the best picture from a demo. Basically a demo is when they come one night and it takes about 45 minutes to an hour of your time right before the sun goes down, they show up, they talk to you, if you want a drink they’ll bring it bring a couple drinks, and then they’ll just set up a demo to show you what your house looks like lit up, maybe some trees too. They’ll talk to you about your property in general, again if you don’t want lighting that’s fine, this is just to help them really shake the cobwebs out, give them some confidence and get them out there when I can’t be out there just to boost them up. Then we’re gonna take pictures, I will use those pictures hopefully they’ll be good, we’ll use those pictures so they can post on their social medias and all that, we won’t identify who you are or anything, so if you’re willing to help us out and let one of my guys do a totally free, no obligation demo for you. They’ll still do up a quote there on site so you can have it just in case down the road you want it, or if you have a friend that is looking for any lighting at least you’ll get an idea of what it costs. If you’re willing to help us out and you’re in the Albany, Capital Region area, you don’t have to be Albany itself, I’m up off exit 10 of the northway, I got guys in Schenectady, a guy right in Albany Menands. So anyways, if you’re willing you can fill out the form on the website, you can text us, you can call us and just let us know “Hey, I’m just calling, I’m helping you out, I’ll set aside some time for you guys to give me a demo, let me see what it is and just just have fun for the night”. Alright I really appreciate you guys, and I’ll talk to you soon