Lighting Design for a Pool Cabana and Outdoor Kitchen 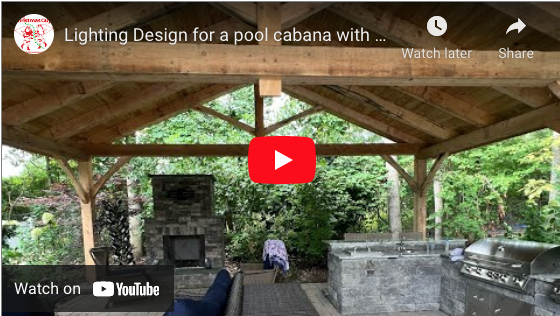 I’m really excited about this project.

WhenI get to design a little area like this, or design at all, I immediately want to take it to level 11, which for this outdoor kitchen/pool area could be 45-60 lights. But, I also have to be realistic, not everyone wants to go to level 11 right away. One of the things my mentor taught me is to give them a good starting point, they don’t always need to be at full potential. So I wanted to show you guys how I start on a project, giving a client their first lighting phase, it’s hard when I want to immediately bring them to their full potential.