My landscape design project before it all begins. 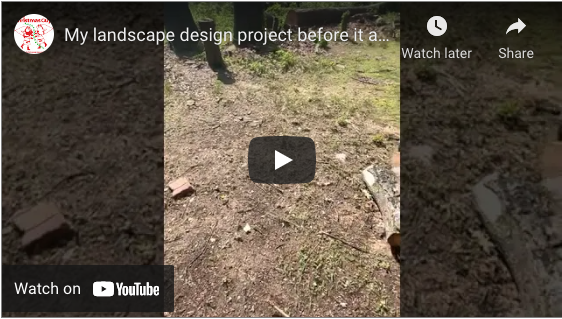 Hey guys Captain Matt here, just wanted to make a first video here of the back of a landscaping project. So we had a whole crap ton of trees taken down, this was all overgrowth. So about half of it’s done, still have all that to go, I got the landscape designer working on things. It’s a crazy time as you guys all know in terms of time frames and things, but allegedly the fence I’m doing is a chain-link fence in the back, and then we’re going to use plants for the actual privacy instead of doing a wood fence, it’s just a waste of money if we’re going to use plants for it. We’re gonna have a nice island of flowers and stuff that we can walk through at some point, we’ll have a water feature as well, this fence here is overgrown, that piece has fallen down so we’ll have that all fixed up, get the rest of the trees taken down. Just wanted to kind of share this with you before it starts, and I hope it goes quickly, but realistically I know that it won’t. Then this fence here is gonna all come down, I don’t know why that fence was ever placed there, anyways talk to you guys later.